Dark Souls isn’t Hard or: How I Learned To Stop Worrying and Love Dying 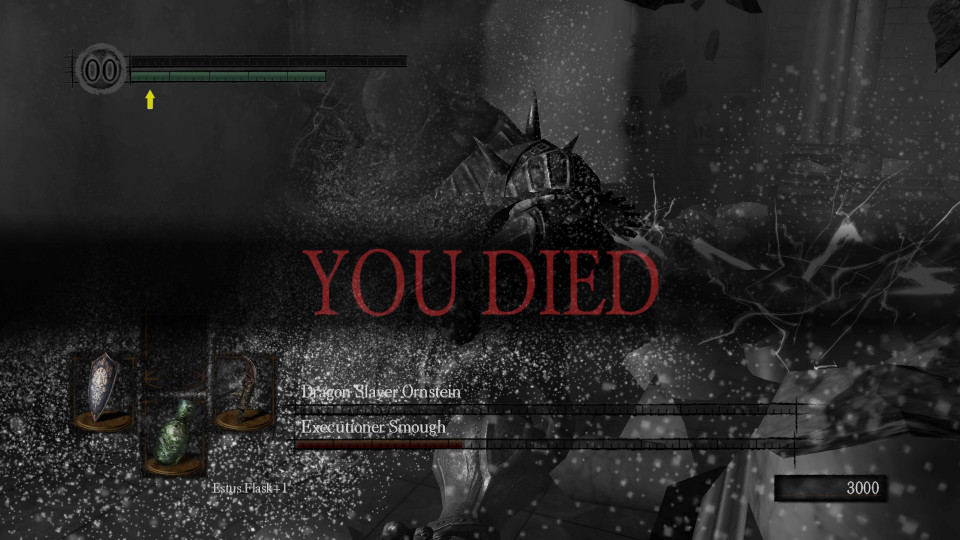 As FromSoftware’s latest release Elden Ring graced the stage at E3, gamers around the world responded in two ways; from one side, jubilation at another instalment to the ever growing collection of dark, challenging and lore-laden games; from the other, collective groans of another game labelled too difficult, too unapproachable and too obscure.

If you know nothing else about Dark Souls, Bloodborne or Sekiro, you probably just know them as ‘really hard’, and this is a sentiment echoed by gamers, journalists, and even the Bandai Namco marketing department. That message, however, shouldn’t be taken as a deterrent from playing these uber-difficult action adventures, but as a warning that the player requires a perspective shift before doing so.

Death is thematically and practically intertwined with every part of Dark Souls. The player, the characters around them, oftentimes the very worlds they inhabit, die repeatedly. Cyclical structures are used in the series to represent these endless loops of death. The darksign, which curses the player to be undead, is represented by a circle, and it’s the darksign that shows itself in the sky at the end of the world in Dark Souls 3, after the world has crumbled and been rebuilt for countless millennia. It seems the Elden ‘Ring’ will be no different.

So, the player character is expected to die repeatedly. It is made explicitly part of the game’s canon that the player would die and respawn from the bonfire, in a way that many games do not account for. In Skyrim, if the player dies they get to undo their problems, and face the challenge again from a convenient point (provided they remembered to save). Whilst the player might learn, the hero does not, the clocks are set back and the player continues. Death was a minor setback for the player, and was ignored by the game entirely. The player may have learnt something from that death, but the solution is normally to open your menu a little bit quicker, before scoffing back entire wheels of cheese and gallons of health potion.

In Dark Souls, every death is there as a lesson. If a player learns the range of an enemy’s move, discovers a trap or even falls off a ledge, they have made progress despite their death. What could be perceived as a setback or frustration should be acknowledged as growth. 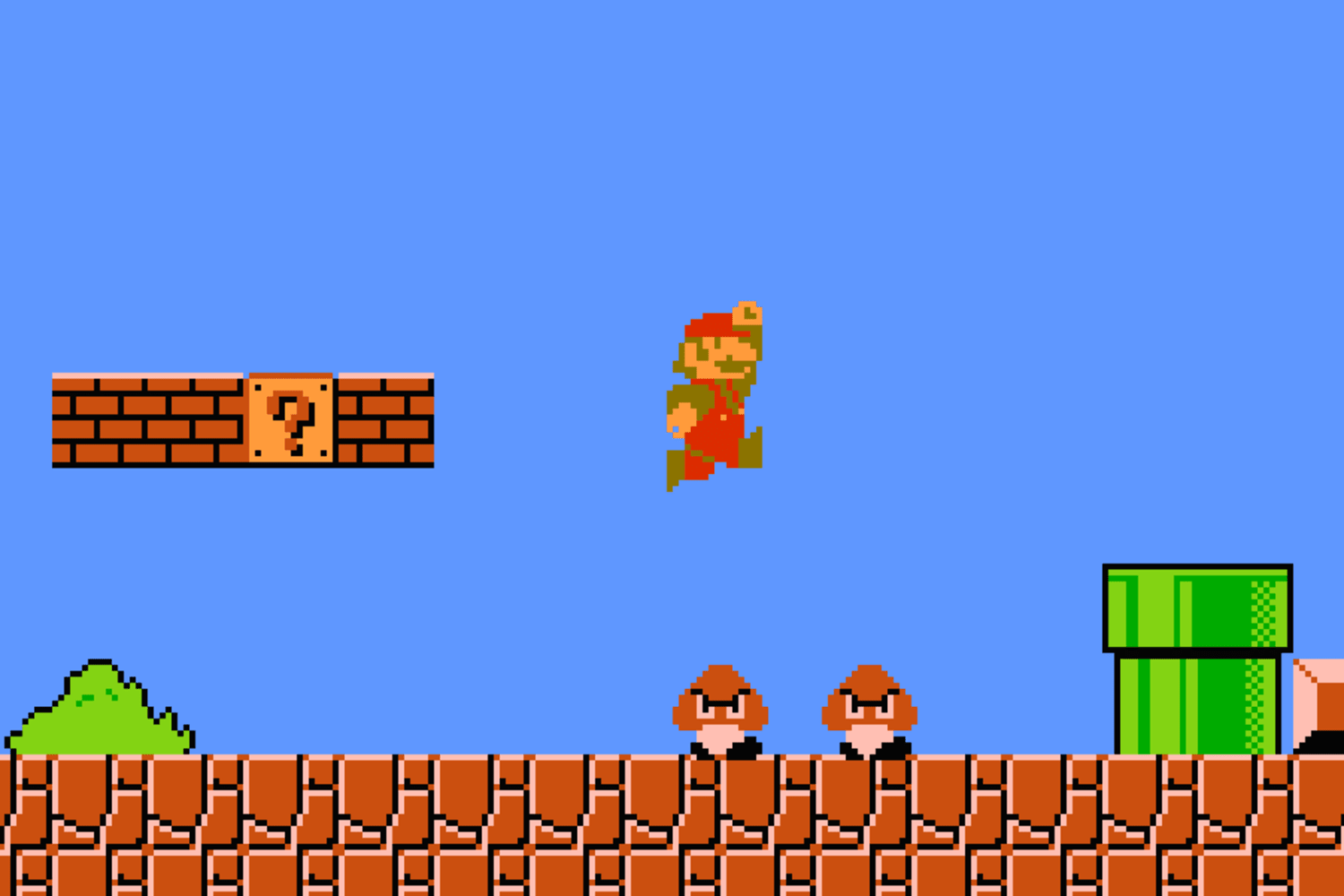 If you were to label all games that encourage using death as a learning opportunity as difficult, the original Super Mario Bros. would be considered a really hard game. If you sat somebody down in front of it with no prior experience, handed them a controller, and they beat the game without running out of lives, it would be a huge surprise. Even after all these years I find myself using the Switch’s save-state rewind far more often than I expected to save myself from a poorly timed jump. Interestingly, nobody on a forum has told me to ‘git gud’ at Mario, nor do I see swathes of game journalists asking for an easy mode for Super Mario Bros.

The reason lies in the contextualisation of what dying means in that game. Learning how to precisely control your speed and jumps, where the next Bullet Bill will fire from, and what attack patterns Bowser will have in World 8, are all key to beating the game. Dying to any of these things is not unusual, it’s meant to happen in order to teach the player to get better at the game. Once the player has learnt all they can, the game can be finished in a very short amount of time, and games from the Soulsborne genre are no exception to this. The majority of the playtime in these games is from repeated failure, unlike other games that are made longer by extending stories or offering more questlines.

With the invention of difficulty modifiers and the rising popularity of rich narrative-driven experiences and FPS campaigns, this trend largely died out in popular games. If you died too many times, you’d probably change the difficulty to something you were more comfortable with, and the game wanted you to do that. The best way to enjoy the story of Nathan Drake is probably not by dying 30 times at each action sequence.

In 2009, with Demon’s Souls original PS3 release, this trend was in full swing, and the harsh, unforgiving world of Boletaria was destined to become a cult classic, loved only by a few. In 2020, the game was remastered and released as a flagship title for the PS5. The trend has bucked, and people have come around.

FromSoftware’s games are shipped without difficulty settings because the repeated deaths are a part of the game, not something to be balanced and avoided. If the very fabric of a game is built around that specific loop of struggling, dying, and trying again, then any difficulty setting which invalidates that defies the game’s intentions.

On the other hand, there has been a lot of discussion in regards to disability and accessibility and how these games could better accommodate those who would otherwise not be able to enjoy the game. Those sentiments shouldn’t be invalidated here - any changes that can help more people to enjoy video games should be a welcome part of the industry. The discussion here is on the intent of FromSoftware’s game design, and how this is often misrepresented in the gaming community. Struggling for 10 hours on the final boss of Sekiro, while potentially infuriating, is an intentional choice. If that person can beat that boss eventually, they will have overcome a seemingly insurmountable obstacle. For others though, playing games can be difficult regardless, and the mountain would simply be too big to climb. The argument of how games such as these can be made more accessible, whilst maintaining the original spirit of the games is a different and far more nuanced issue than addressed here..

It might have sounded edgy and provocative to have called the Dark Souls special edition ‘Prepare to Die’ back in 2012, but it stands as the single greatest piece of advice to enjoy the series and it’s spiritual successors.

What advice might you give to a lowly undying warrior, who must face gods and demons far greater than them? What would you say to the hollowed soldier who must go 1 to 100 against knights, dragons and giants?

Callum is a software developer with a love for game design, and a regular at The Arcade Vaults.